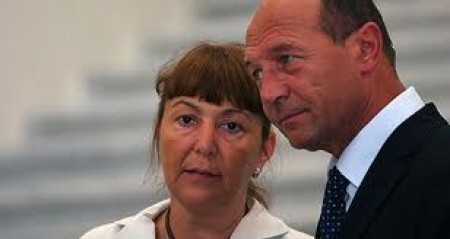 Bypassing Parliament in contradiction to the law

January 2005: Less than one month after she was nominated Minister of Justice, Monica Macovei put the hunting down of President Basescu’s legitimate political opponents – on top of her priority list.

She then started a serious of outrageous and illegal acts, in an obsessed effort to impose on the entire judicial system – the conviction at all cost of Adrian Nastase.

She exhausted all means and resources of the state – regardless of the lack of any evidence whatsoever against the former Prime Minister of Romania, who years before was a leading architect of Romania entry to NATO and later to the EU.

January 27, 2005.: Monica Macovei promoted an Emergency Ordinance – a government prerogative which is aimed for real national catastrophes and emergency situations – in order to press false charges against Adrian Nastase without having to first ask for the Parliament’s approval, as required by law.

She intentionally avoided the fact that the Constitutional Court already declared such an act as Unconstitutional – back in 1999.

Justice Macovei style: lawyers not allowed during interrogation of citizens by prosecutors

June 2004: The Parliament adopted a new Criminal Code, based on EU requirements and high standards.

July 2006: Macovei’s own modification of the old Criminal Code adopted. Among her “progressive” amendments, is the unprecedented restriction on lawyer’s presence during interrogation of citizens by the prosecution. This is how she paved the road for her new politically nominated DNA prosecutors to abuse and blackmail witnesses behind closed doors, away from public’s eyes (see www.zambacciancode.eu).

July 27, 2006: Monica Macovei promotes the establishment of the National Agency of Integrity – allowing it the independence to both conduct criminal investigations against anybody and convict with judicial power at the same time – without any supervision of any public body. Such an institution does not exist in any other EU country.

April 14, 2010: Only four years after, and just like in previous cases – this initiative of Monica Macovei was also declared by The Constitutional Court as unconstitutional.

May 30, 2006: Minister of Justice, Monica Macovei, presented in Parliament her request to change the Criminal Procedure Code regarding secret surveillance. This change should have enabled prosecutors to conduct secrete surveillance over telephones, internet and direct secret audio and video recordings by third parties – without court permission, as required by law until that time. She also wanted such recordings to be accepted as evidence in court.

The Parliament rejected Macovei’s initiative and sent her proposal back to the Parliamentary Judicial Committee for re-evaluation.

June 1, 2006: The Parliamentary Judicial Committee was discussing Macovei’s proposal. Monica Macovei, shouted at the committee – demanding an approval without a debate, leaving the room while screaming hysterically and slamming the door. Later the Parliament partially rejected the Macovei Amendment

“Such penal policy is more appropriate for a police state, and will not bring us closer to European Union”.

“Under the pretext of fight against corruption and some so-called EU requirements, recent changes in the Code of Criminal Procedure are, in fact, serious human rights violations”.

“It is unacceptable that prosecutors are offered the opportunity to intercept electronic mail and make telephone records without a warrant issued by a judge”.

Monica Macovei Politicize The Juidicial System more than ever before

In her first two months as Minister of Justice, Monica Macovei cancelled the prosecutors independence and their ability to make objective and independent decisions. She imposed a unprecedented dependency of the Chief Prosecutors and the prosecutors themselves – in her. Thus she created a very politically dependent prosecution, which from that moment on – transformed itself from being an independent organ which served the public’s interest – into a tool of the political power.

First she changed the laws, while cynically violating the constitution, in order to assume control over the Judicial system and transform it into a political tool in her hands. Then Monica Macovei orchestrated the largest ever removal of objective and “non loyal” prosecutors from office – and swiftly replaced them with more “obedient” Prosecutors who were either more obedient or much less experienced.

Monica Macovei trampled over the independence of judges and prosecutors.

Her public statements aimed at mapping the course that criminal investigations and rulings should take.

She seriously damaged the credibility of the juridical system in the public’s eyes.

February 13, 2007. The Romanian Senate adopted a motion of no-confidence against Minister of Justice Monica Macovei. Voting against Macovei were Senators from all the entire political spectrum, including the Senators from her own political party.

In an unprecedented, dramatic and detailed statement the Romanian Senate proved how Monica Macovei was systematically misleading, politicizing and intimidating the entire judicial system, undermining the constitutional role of the Supreme Council of Magistracy, misleading and lying to the public, the Government, the Parliament and the European Council.

The Senate demanded Macovei’s resignation for the following reasons:

Monica Macovei, the person who pretended to be the champion of the fight against corruption, is in reality an instigator of corruption.

She does not fight corruption – she is part of it!

The original panel of judges in the appeal case of Macovei’s father – Judge Margareta Ionescu, Judge Florin Costiniu and Judge Vasile Culcea – opened the last court session in the case.

Only a few minutes after they started this final court session – the three judges discovered that they are no longer the judges in this case, and that the case was given to a totally new panel of judges, which was giving the sentence in the very same time, in a different room!

Soon it was clarified that due to extensive pressure by Monica Macovei – the head of the Civil Section in the Supreme Court of Justice, Judge Danut Cornoiu, changed the entire panel of judges in this appeal case involving Macovei’s father. And that happened only hours before the very last and final court session – without even informing the original panel of judges.

6 gânduri despre „Monica Macovei can fool her financial sponsors from abroad. She can fool some foreign ambassadors in Bucharest – but she cannot fool the Romanian public any longer!”

WordPress.com is the best place for your personal blog or business site.